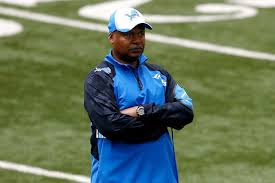 Dad and many of my ancestors, I love American football.  When you set aside the gossip apparently necessary for ESPN, there are always great stories of obstacles overcome by team and individual heroic efforts.  Postseason football clashes mirror the challenges faced by most healthcare executives as we enter 2015 – how to succeed in a world of increasing competition, managed care, and innovation.

Jim Caldwell, the new coach of the Detroit Lions, has led a remarkable comeback for a team that almost won its division against a top opponent after a disastrous campaign last season.  He credits much of his success to focusing on the Finnish concept of “sisu,” which can be roughly understood as displaying courage, determination, and resilience in the face of adversity.  Sisu can be developed in any environment and Caldwell’s approach incorporates the following:

Before one of the Lions most importance victories of the season, Coach Caldwell reminded his team that “opportunities multiply when they are seized” and that “tomorrow does not exist until midnight.”  His statements were not meant to encourage reckless play or dismissal of the future.  They were about keeping your eye on the ball and paying attention to what’s really important in your professional life, without distraction or gossip.

Difficult Conversations: Explaining the Sale of Your Human Services Company
What's the Value of Your Home Healthcare Agency?
Don't Go It Alone: One Map That Shows Why IDD Owners Need M&A Advisors

Tom was the Founder and Managing Partner of VERTESS. He was a Certified Merger & Acquisition Advisor (CM&AA), consultant, and Licensed Psychologist with over 35 years of very successful national experience in the healthcare marketplace, including co-founding and building a $25 million behavioral health/disabilities services company. Tom represented sellers and investors across the healthcare spectrum and was recognized for his executive leadership in the 2005 Entrepreneur of the Year issue of Inc. Tom passed away in December 2018.